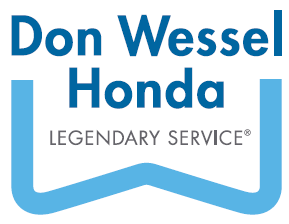 
As demand for stylish family cars continues to rise, the competition in the crossover segment continues to grow. The 2018 Honda CR-V, which is available at Don Wessel Honda, and the 2018 Ford Escape are considered two of the most competitive models. While both of these vehicles have pros and cons, the 2018 Honda CR-V seems to always come out on top.

Though the Ford Escape offers an ample amount of storage thanks to its large cargo bin, when it comes to actual cargo space, the CR-V comes out on top with 39.2 cubic feet compared to the Escape’s 34.3 cubic feet. This means you can haul around more with the CR-V.

When it comes to power, both the Ford and the Honda crossover offer interesting options. If you’re looking for a bit more oomph when you hit the gas pedal, though, the CR-V is the better choice. Its standard 2.4-liter engine offers 184 horsepower and 180 lb-ft of torque compared to the Escape’s 168 horsepower and 170 lb-ft of torque.

Take the 2018 Honda CR-V for a test drive at Don Wessel Honda.